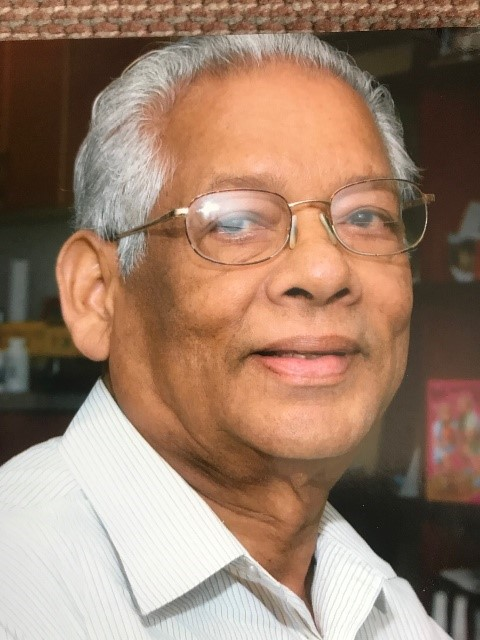 He was born in Monippally, Kerala, India on March 25, 1934. Jacob Chacko Uralil spent many years in New Delhi, India working as the librarian at St Xavier’s High School from 1965 until he emigrated to the United States in 1977. He married the love of his life, Annakutty Jacob Uralil on October 17, 1966 and they spent 51 years together until her death in 2018. He worked as the law librarian at the Civil Court of New York, proudly until his retirement as chief law librarian in 1995.

Jacob is survived by a sister, Aleykutty Chacko, Monippally, preceded in death by three brothers and two other sisters. His Uralil lineage includes several prestigious clergy members including Mgr. Stephen Uralil, Mgr. Peter Uralil, Fr. Simon Uralil, and older brother the late Brother Luke and his sister, the late Sr.Corona. Jacob is also survived by numerous nieces, nephews, cousins, in both India and abroad. He also was proud of his role as godfather to over ten individuals.

Relatives and friends are invited to attend:

Burial will be held at Holy Cross Cemetery and Mausoleum, in San Diego, CA. at a future date.

Holy Cross Catholic Cemetery Fri., June 21, 2019 11:30 AM San Diego, California
Share Your Memory of
Jacob
Upload Your Memory View All Memories
Be the first to upload a memory!
Share A Memory
Send Flowers