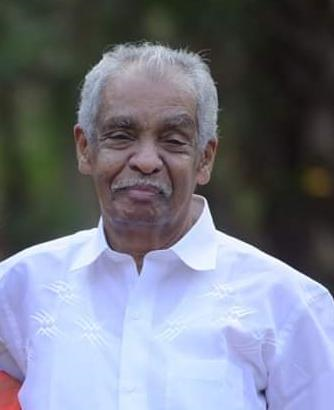 On July 15, 1968 he married Mariamma his beloved wife of 51 years. Together they raised 4 children, Rinsy, Princy, Robin and Jason.

They came to the United States in 1972 and eventually settled in Bellerose, New York.

He was a devoted member of the Knanaya church and throughout his life his faith in God never wavered.

George Joseph was a loving grandfather to eight grandchildren, Sabrina, Jenna, Noah, Jacob, Joshua, Elizabeth, Joel and Jaiden. He will be missed by his son in law Shibu and daughters in law, Deepthi and Sheetal.

His memory will forever be cherished by the loved ones he left behind and his kindness missed by all. He never missed an opportunity to come to the aid of those in need and his faith truly served as a testament to how God intended all Christians to walk upon this earth. He used his faith to bring his family together throughout his life, as well as in the end.

On September 24th he finished the race and will con-tinue his journey with God.